I’m waiting for my parents at the airport. I’ve been waiting for almost an hour even though the flight came in early. Apparently there is something going wrong with the luggage and now we’re all waiting for something to happen.

After driving around the terminal for 10 minutes, I parked over in the free parking lot. It’s actually pretty nice except for the people driving around it like it was a freeway.

I also got a really good shot of the moon. I don’t think my camera phone skills are going to get better if I only take pictures of my dog. 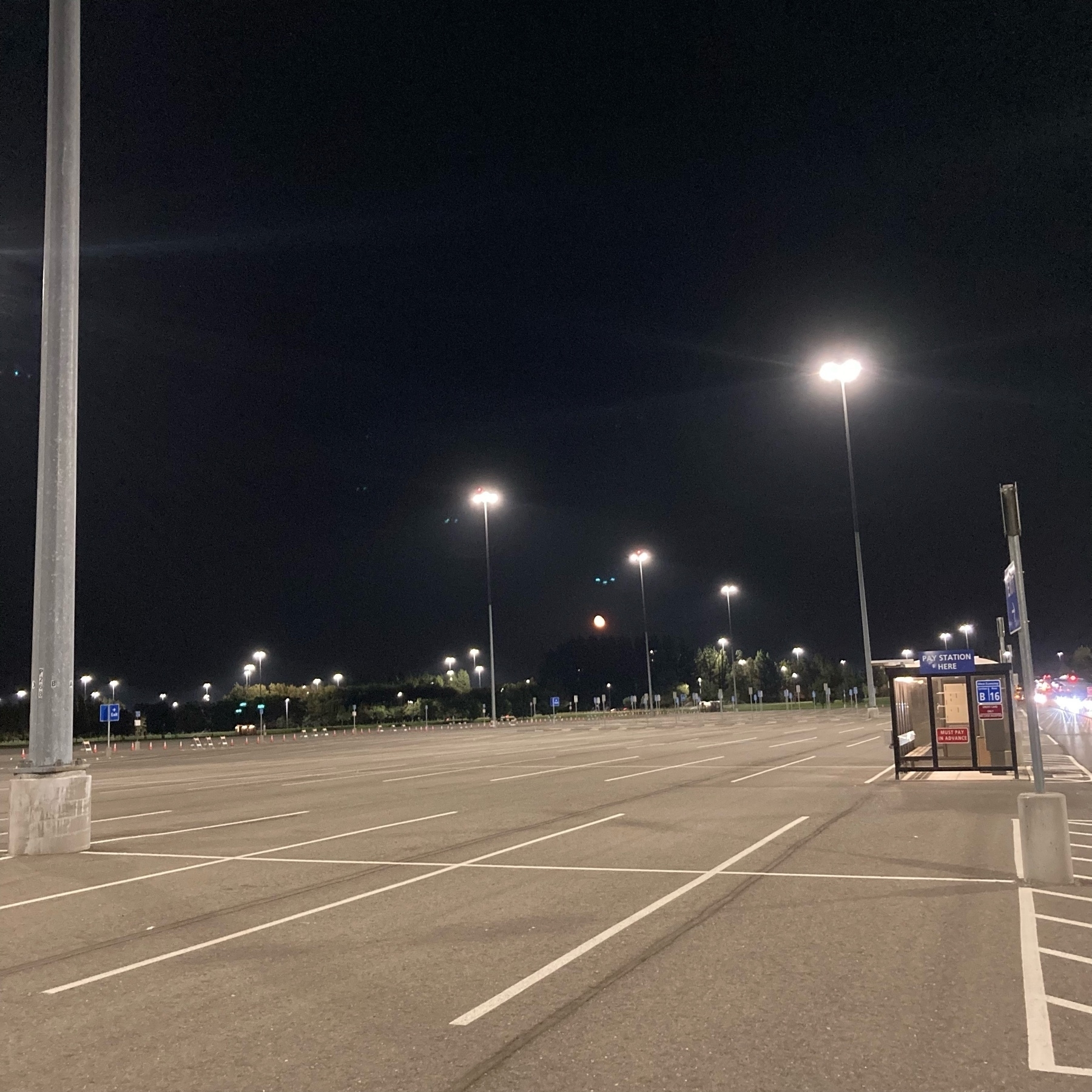