I’ve been looking at the page for about 20 minutes. Then surfed the internet for another 20.

I’m intimidated because I’ve been playing with Swift for a while but this is the fist time that I said “Hey, I’m going to make an app”.

It’s always been accompanied by some tutorial instructions.

The first thing I did was use Xcode to check in the initial tutorial code changes. 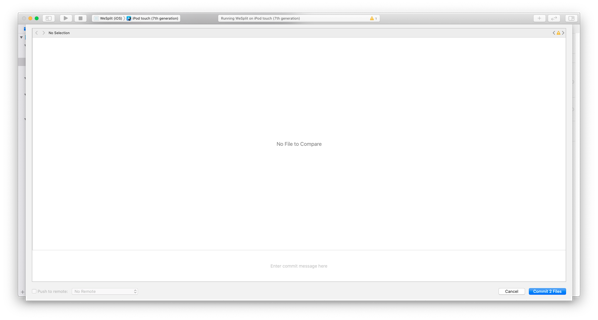 Xcode uses a lot of space for the check in.

Then I realized that it’s a completely new app so the checkin wasn’t really needed.

After that, I was using the preview in order to work on smaller segments of the program. Although, I think this part was kind of disconcerting because the preview would stop anytime that put a piece of code that had an error and wouldn’t start up again automatically.

I’m sure that I’ll remember the keyboard short soon.

I also got a chance to mess around with the refactoring tools in Xcode.

I reminds me of this quote from Phil Karlton, There are only two hard things in computer programming: cache invalidation and naming things.

In the end, I got the application running! 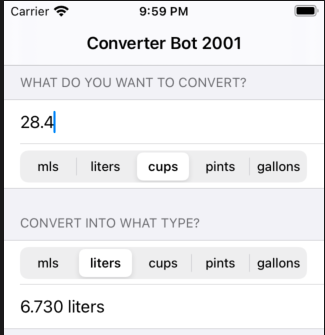